Jersey, Bermuda and the BVIs now on the French “blacklist” of tax heavens 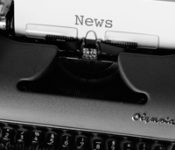 France has just updated its list of Non-Cooperative States and Territories (“NCST”). Bermuda, the British Virgin Islands and Jersey are new entrants while the Philippines have been removed.

For the Philippines, the amended list entered into force with retroactive effect as from 1 January 2013.

Regarding the new entrants, however, the effects of their inclusion in the list will be suffered as from 1 January 2014 only. As a consequence, taxpayers have, in principle, until year end 2013 to take any action in order to improve their tax position and income flows to and from NCSTs.

Indeed, the French anti-avoidance rules are significantly strengthened when dealing with resident of NCSTs. In addition, numerous fiscal measures are restricted to the extent residents of these jurisdictions are involved. The French Tax Code provides notably for:

Concerning more specifically the French 3% tax rules, however, it is yet unclear whether entities residents in Jersey, the BVI or Bermuda will still be able to qualify for the cases of exemption which are available to residents of countries having signed tax information exchange treaties with France. Unless France specifically denounces these treaties, they remain applicable and therefore, in principle, the list of NCSTs should have no direct effect on the 3% tax. It must be added in this respect that the list of qualifying countries for 3% tax purposes is subject to a specific and separate publication by the French tax authorities.

Nevertheless, it may be expected that countries qualified as “non-cooperative” will logically also be denied qualification for 3% tax exemption. Although the French tax authorities could clarify the position before next 1st January, which is the date on which liability to the French 3% tax is assessed, they have no set time to do so. Therefore the only way to mitigate completely the risk of liability to the French 3% tax as a result of an entity resident in Jersey, the BVI or Bermuda being interposed in the chain of ownership of French real estate, would be to restructure the chain of ownership before year end 2013.

It is also interesting to note that according to an article published by the Financial Times, the countries newly listed as NCSTs could shortly modify their information exchange policies thus pushing France to changing its position before year end. Furthermore, a withdrawal from the list during the year 2014 would normally be retroactive, thus normally resulting in depriving the black-listing of these countries from any practical effect.